We all have a blindspot when it comes to art. There’s an etymological distinction that divvies art when it crosses the threshold of domesticity and time. In the household I was raised in, the word “art” was reserved for municipal museums, fancy coffeetable books and public spaces. When it came to objects we owned, to things in our home like illustrations, whether portraiture, landscape or abstract, were called “pictures” — regardless of whether they were print or original. Occasionally, and only occasionally, were such items referred to as “paintings.” Similarly, any sculptures were knick-knacks or souvenirs, as almost all were vestiges of vacations past. On my father’s side of the family, it would be unthinkable, utterly pretentious, to refer to anything in my grandmother’s home as art. And yet in memory, some pieces of her salt & pepper shaker collection (displayed in painstakingly symmetrical arrangement behind glass), are truly, in the fullest sense of the word, beautiful. Our family portrait of a man known congenially as “Uncle Claude” has haunted our family for as long as I can remember. A sallow man with slightly effeminate features, consumptive, but handsome in a genteel manner, dressed in dark clothes undescriptive of epoch or region, Uncle Claude had been placed imposingly at the end of dark hallways or ghoulishly glaring from basements in my family for 5 generations. In recent conversations, my grandmother revealed to me that Uncle Claude had likely been painted by one of an itinerant band of portrait painters known to frequent the hills of North Carolina. Such men would have canvasses pre-painted with generic, generally gentlemanly attire of a carefully neutral shade. For a fee, they would produce a portrait from a photograph, often of the deceased. Such ragtag techniques are undoubtedly responsible for Uncle Claude’s slight macrocephaly and the way the man’s tanned lump of a head seems slightly out of line with his neck.
My home was no gallery space, but it was well lived in. Late at night, after pilfering a handful of cookies or a bite of cold chicken, our patriarchal patrolman, ever vigilant, would make me feel I was trespassing after-hours. He didn’t glower; his face held no vestige of wrath. Like that most cliché and yet most cutting of parents, Uncle Claude was not angry. He was just disappointed.
His bearing as a noble yet melancholy figure, like some Creon or Cuchulainn of North Carolina’s McDowell County, perhaps shows Uncle Claude had a touch of the soothsayer. As far as our family archivists can determine, Uncle Claude (in truth my great-grandmother’s uncle) went to South America as a young man to make his fortune. And he did, but as many do, in the barest sense of the word. Returning home significantly less well off than when he left, he grew ill and died shortly thereafter. My strongest memory of Uncle Claude involves the whole family (Uncle Claude included) huddled in the basement during Hurricane Fran. The power had gone out and in the flickering candlelight Uncle Claude could not have looked more lifelike. It seemed I spent hours staying up, wind ripping trees from our street, looking at my previously static forebear grimace and grin in alternating strokes of the candlelight. Perhaps it was my incipient puberty, but these images held no fear for me. I was only fascinated.

“Uncle Claude had been placed imposingly at the end of dark hallways or ghoulishly glaring from basements in my family for 5 generations.”

Like any great gallery tale, Uncle Claude’s story involves a theft. Caught in the last throes of a pell-mell move to Pennsylvania, my grandmother had amassed a porch-worth of misfit furniture, either to be given away gratis or hauled to the dump. Charged with the task of taking away poor, harrowing Uncle Claude into my hatchback, I quickly determined that with the amount of junk accumulated in my trunk that the close confines would risk damaging this damaged-looking young man. Thinking nothing of it, I stuck him inside the house. A family friend assisting in the arduous dislodging of my grandmother’s life did not end up locking the door when leaving. Lured on by a “Free Stuff” sign and finding the door unfastened, a young couple found themselves inextricably drawn to the dark painting leaning against the wall. With no malice in their hearts, they took Uncle Claude along with the odd additional geegaw. What followed was a hectic and harrowing community-aided effort of a type usually reserved for Amber Alerts and crimson-colored terrorist threat levels. The Mona Lisa, Dali’s dreamscapes, the cave paintings of Lascaux; all of these belong to the world as a whole. Uncle Claude was just ours, and so this small-town Thomas Crown Affair hurt more. It was more selfish, but like all selfish things, it was more poignant. The most wrenching aspect of the whole ordeal was my own complicity, my perceived laziness and inability to follow instructions seen as the prime mover behind the lost artifact. I balked at this for years, but you know what? My critics were right. If I had tried a little harder, I could’ve found a safe harbor for our erstwhile Uncle. I was the one responsible for potentially extinguishing his memory, and so did more damage to this quiet man than any strange malarial illness ever could.
Rest assured Uncle Claude was returned promptly to us. The pilfering couple was mortified, my grandmother was mollified and I, with no dithering or excuses, boldly carried Uncle Claude to his new home. It was in that 24-hour span, that anxious and frustrating near-day, that I learned how much this mute man had inflected so many aspects of my family’s life. Uncle Claude, the man who had haunted so much of my childhood, was valuable…no, he was priceless to us. I don’t know what art is. It’s a word so maligned and mangled in our post-post-modern society that it has transformed into a non-word, a placeholder used as a precursor to long-winded and overly descriptive adjectivity. But I know that to me, this mis-made and dusky portrait was more important and formative than the works of even the most rarified masters. 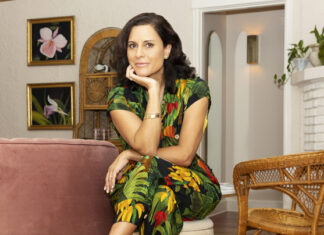 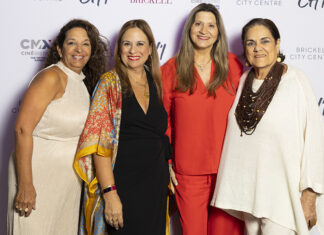 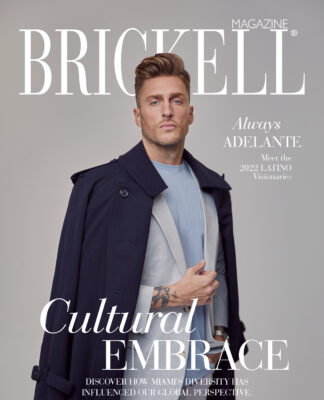