The last couple of months have been what feels like a tsunami of political conundrum, and even a slight hark back to Civil War era sentiment of “brother fighting brother” for our country. The divide is so deep that the rift is apparent — you can’t avoid the conversations, be it on social media, the proverbial locker room or the water cooler at work. People want to vent, some want to rejoice, others weep, and many are still overwhelmed with the outcome. What lingers behind with a lot of the conversations I’ve had, or been privy to, is this layer of numbed perplexed fear. A fear for what comes next once Trump takes office, and a bewilderment of how he was able to outwit the establishment and win.
As a journalist, my intention is to be as objective as I possibly can with this baffling scenario that is just beginning to unfold this month. Not since the contentious presidential debate in 1824 between outsider Andrew Jackson and political dandy John Quincy Adams has there been such a drama-ridden divide. From erased emails, to cloistered tax returns, to references toward a portion of our countrymen being deplorable — and, of course, we can’t omit the unnerving remarks by Trump in reference to grabbing women by the you-know-what.
It was in 1960 in the first televised presidential debates between John F. Kennedy and Richard Nixon that the U.S. ushered in a new era for political parties. Both parties welcomed in the practice of crafting the public image for their respective candidates. This was a time when we struggled with civil rights, the country was in the midst of the Cold War, we were in a heated race with the Soviet Union to make it into space; Fidel Castro’s regime had just taken hold of Cuba and there were heightening fears of wide-spread communism. Both candidates jumped at the opportunity of taking full advantage of media exposure. “If one thing rings true in our great nation, it’s that at our darkest hour, we stand firm in solidarity — above all, we are, and will always be, American.”

The worst thing Nixon had to say about Kennedy was that he was inexperienced and a kid, while Kennedy expressed the need for change, and advancement in science and technology that he felt only he could provide. Each showed their skills in presenting similar agendas: the threat of communism, the need for a stronger military and an emphasis on national security. They conducted themselves with class, self-assurance and delivered factual information.
A stark comparison to the most recent debates makes us wonder at what bus stop did we lose our grace and composure?! When did we decide facts were not a lofty option? What happened to the term politically correct? The reoccurring slogan of “Let’s Make America Great Again” reminds me of a yearning for an existence depicted in Norman Rockwell paintings. But what those masterpieces reflect has nothing at all to do with the rift, misogyny, fear-mongering, nepotism and sarcasm that prevailed in this election cycle campaign, and it came mostly from one individual in particular.
In place of being an antagonist, this is a prime moment for reflection to understand how this all came to pass. The Great Depression that took place in 1929 was the longest-lasting economic downturn in the history of the Western industrialized world. It took our country over 20 years to recover. President Barak Obama was handed our nation’s most recent depression after the crash in 2008. The middle class was brought to their knees. Those who were already struggling with poverty were finished off. Jobs and homes — even our optimism for the future — was lost. The banks got the bailout money, and then, with almost ruthless vigor, they came after people’s homes. As a country, we were hurting so badly we wanted and needed a quick fix. There was an expectation of drastic change, and it needed to happen in four years or less. In the end, there was change, and we climbed out of that black hole. The economy has added more than 9 million jobs, and the unemployment rate has dropped to below the historical median. Corporate profits are up 166%; real weekly wages are up 3.4%, and there are 15 million fewer people who lack health insurance.
As documentary film director Michael Moore states, “many middle- to lower-income people voted for the former reality TV star because at least he uses language directly pertinent to issues that have affected their lives. American elites are so cut off from regular people that they don’t realize just how much the middle class has been harmed in recent years. Trump’s election is the biggest [expletive] ever recorded in human history.” It may be, but at what cost? What now? I was recently in Toronto (by coincidence, I swear it had nothing to do with the Canadian Immigration site crashing), and while having a drink at the Four Seasons shortly before heading to the airport, I made small talk with the gentleman next to me in his late 30s. He informed me he was an American doing business in Canada. We got around to talking about the elections and his comment in regards to his choice when casting his vote was as follows: He voted for Trump. “I personally think he’s a buffoon but I don’t trust Hillary,” he said. “I’m disgusted by politics and sort of voted for Trump as a joke.”
I left the bar in a sort of daze. Who could be so callus and cavalry with a vote, the repercussions spilling over for years to come and its spread far and wide. And then I questioned how many more people felt that sentiment and reacted in a similar manner. As the date when Trump is sworn in quickly approaches, like it or not, he will be our president, at least for the next 4 years. The eyes of the world are upon us. I keep thinking about how every great society has crumbled — from Mesopotamia to Rome — and why should we be spared what historically seems to be an evolutionary process?
If one thing rings true in our great nation, it’s that at our darkest hour, we stand most firm in solidarity — above all (and before we are of any political party), we are, and will always be, American. We believe in our system, we stand by our constitution; we will fight to our last breath to salvage and protect our nation. Of the many conversations I’ve had in preparation for this article, love of country and hope for the future were recurring themes. Let history show that at a time of fear and divide, we bleed red, white and blue; and with conflict in our heart we still gathered together with the conviction to be the best version of ourselves for the country, and for the world at large. 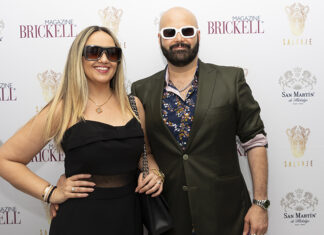