Chill Out
When we think of spa treatments, we almost always think warm — from hot stones to steam rooms. But modern spas are now starting to rediscover some of the age-old benefits of cooler-temperature treatments. As anyone who has ever twisted an ankle knows, ice and cold have a powerful anti-inflammatory effect, soothing muscles and joints. The arctic approach finds its most extreme form in cryotherapy, where athletes looking for an extreme reduction in inflammation stand nearly naked in a chamber which is cooled to -184° F…a temperature that can kill you.

Good Vibrations
Remember those science fair projects where plants grown to Beethoven flourished far better than beans treated to an earful of Black Sabbath? The human body also responds powerfully to sound and vibration. Spas are starting to clue in, using music for more than just background atmosphere. In addition to therapies involving drums or tuning forks, we’re seeing offerings such as The Oberoi Sahl Hasheesh’s Asian Retreat, which combines Thai massage with Tibetan singing bowl therapy. In this treatment, resonant tones are thought to “massage” cells.

Feet First
All of us — particularly women — put our feet through some serious abuse in the name of fashion, and after time, the toll becomes pretty obvious on this sensitive, complex region of the body. Spas have caught on, offering an increasing array of therapies designed specifically to counter the ill-effects of high heels and other chic footwear. Stride is a medispa in California devoted entirely to foot health, combining conventional podiatry with services such as therapeutic soaks and callus removal. Not having any of that? Don’t fret. There’s plenty more to choose from.

Soothing Hues
Interior designers have long been harping on the importance of color choice in setting the mood of a room, drawing on research from psychologists on the use of color in therapy. Spas are catching on, beginning to use color more deliberately in designing treatments. The art of chromatherapy uses different shades to create specific electrical impulses in the brain, meant to stimulate specific physical processes. Check out New York’s Yelo Spa’s treatments designed to help calibrate our body clock, which utilize simulated hues from sunrises and sunsets. 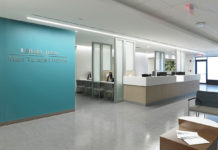 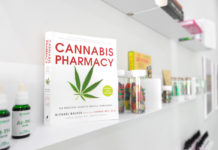 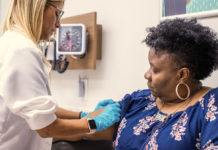