As the train chugs to a slower speed and the soft clanking of silverware grows silent, the conductor announces our arrival in the next 10 minutes. This leaves ample time for a last stab at my chocolate cake, licking the frost off my teeth while glimpsing at the Urubamba River. “Am I really here?”, I mumble to myself. Caressing the kelly-green velvet seat that makes for my booth, and grasping for my tote, I retrieve the crumpled piece of paper tucked into the side pocket of my bag. It’s my travel bucketlist: Christ The Redeemer in Brazil, Chichén Itzá in Mexico, The Great Wall in Beijing, Petra in Jordan, The Colosseum in Rome — and this one, my sixth of the New 7 Wonders Of The World, Machu Picchu in Peru. All I had left after this adventure was a trip halfway across the world for a tour of India’s Taj Mahal in Agra.
I drafted the list in late 2015; my plan was to set a goal that involved something I was passionate about: travel. I wanted something challenging to accomplish so that it would propel me to figure out a strategy, set up a budget and devise reasonable timetables. More importantly, I wanted to encourage others to aspire for things they never thought possible. Just like I never thought it possible to hike the 220 steps it takes to get to Christ The Redeemer when I visited my first World Wonder with my mother. At the time, she was recovering from knee surgery; and although we accomplished the task a year before her massive stroke, she was terribly frail. We took our time, savored every step and every drop of sweat that came with it. And as we reached the foot of the enormous statue, we sobbed in unison. It took us hours, but we scaled it and embraced redemption.
But that was nothing compared to my experience in the scorching-hot sojourn from Mérida in Mexico’s Yucatán Peninsula to Chichén Itzá, the second of the Wonders I visited. Seconds upon my arrival, a bus of Japanese tourists descended. All of them holding open hot-pink parasols — a sea of fuchsia against limestone rock, as if artists Christo and Jeanne-Claude had set up an installation that day. You can no longer climb the mighty vertigo prompting El Castillo; one can only admire it now from afar. It’s forever encapsulated in my mind wrapped in flamingo pink. From Mexico, my travels took me to Beijing. Built in the 7th Century B.C., The Great Wall Of China runs 13 miles long and consists of many enclosures. Erected to prevent incursions from barbarian nomads, it’s one of the most impressive architectural feats in the world, as well as a UNESCO World Heritage Site. It’s a 1.5-hour drive from Beijing to reach The Wall. I highly recommend booking an experienced tour group like Viator or Beijing Hikers, and make sure to hydrate well; it’s a taxing hike with steep steps and inclines around every bend. While attempting to take a picture in a “Lord of the Dance” yoga pose, I fumbled and just about ate the granite. On a much brighter note, if you’re fair-skinned or very tall, the locals will approach you for pictures. They’re friendly about it, so there’s really no need to get defensive. They just assume you’re famous — although I would like to think that a few of them remembered me from my small role in The Birdcage a lifetime ago. But I degress. From China, I catch my bearings for a month back home in Miami, before I’m off to the Rose City in Jordan. Floored and mystified is how I would describe coming around the Siq (the bend after the main entrance) and catching sight of The Treasury (Al Khazneh). It’s the most famous edifice in Petra; as opposed to being constructed, it was carved into the stone. This rock-cut façade stands 128 feet. If you take a look at an image of it, you’ll see anyone standing in its circumference looks like an ant. It’s imposing. And yes, I hummed the theme song from Indiana Jones And The Last Crusade upon my approach — I had to.
Fast-forward a few weeks and just as in Petra, my heart now pounds out of my chest, and my body jolts as I make my way up to the highest peak among the clouds to look down on Machu Picchu. The elevation is heavy on the body, so lots of water, altitude sickness pills and a tranquil disposition are a must. I have to rub my eyes and look twice. I still can’t believe I made it this far. I’m aglow. The adorable lip-smacking alpacas and spitting llamas frolicking about cause me to giggle out loud as I adjust to the out-of-this-world metaphysical embrace of the magical cosmic energy vortex that surrounds the area. I can’t say the same for The Colosseum in Rome. Not that this marvel wasn’t impressive. On the contrary, it was epic. The perplexity at hand was my obsession with a pizza joint just around the corner from my hotel. On the simmering hot day of my visit, I ate far too many pizza pies. Three, if you must know. Ok, maybe it was FOUR. Two hours into the tour, when the guide described in grotesque detail how losing gladiators got torn to shreds when thrown to the ravenous lions, my gut began to grumble. As the sun blared down on my platinum head, my sight quickly began blurring. In layman’s terms, I lost my lunch. My fellow tourists were none too thrilled, particularly the nice Canadian newlyweds in the group who got an extra helping of pepperoni all over their posh matching loafers. It was memorable for all involved, just not the good kind of memorable. Lesson learned: Don’t mix too many pizzas with a scorching day in Rome and stories about torn flesh.
Every World Wonder and accompanying experience is expected to be singular and marked by uniqueness — from exaltation to regurgitation. Each one is essential to the story and adds to the sense of accomplishment. I left the Taj Mahal last for a reason. In 1631, emperor Shah Jahan, in memory of his favorite wife Mumtaz Mahal, who died during childbirth, commissioned its construction. This white-marbled mausoleum stands as a monument to eternal love. Love is something that’s eluded me since I began my journey, and so I wanted to seal this chapter at this sepulcher to the everlasting lovers. I’m here now as I write this. I authored this article in portions. The process has taken two years of my life. After seeing Machu Picchu, I returned to Miami to recalibrate and prepare for the closure of this long adventure, arriving in India just two days ago. I celebrated yesterday the Holi Festival (Hindu festival of love that welcomes in Spring). At this very moment, I sit on a bench with the Taj Mahal before me. It looks luminous with the sun beaming down on it, a perfect postcard.
As a local woman hums while tending to the garden on the grounds just to my right and tourists take selfies, it all feels bittersweet. I made it. But now comes the most significant part of this odyssey: I cast my wish to the universe for true love. For it was Emily Dickinson who claimed: “Fortune befriends the bold.” I have been bold. I’ve looked fear in the face. I’ve accomplished my goal. May I have my fortune of love, please? Universe, I ask that you conspire in my favor. I hope my whirlwind has inspired you. I can’t fathom how to top this, but visiting every continent could be next on the horizon. Whatever it might be, may it unfold in the company of love. An adventure shared has far more meaning than going at it alone. May the next be as exciting as this quest has been, and good heavens, may it not involve pizza. 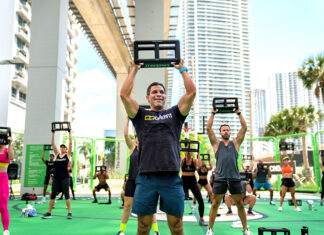