Although most Cuba Libre lovers will be shocked to hear, rum has not been a favorite amongst booze connoisseurs outside of Miami until very recently. Blame it on its heritage as a buccaneers’ beverage or perhaps because there’s no cohesive front in its defense. The absence of a unified body to regulate its production or classify it into grades keeps it from attaining the elite status it deserves.
At the very least, there seems to be a consensus that rum is a spirit of at least 80 proof made from molasses, sugarcane juice or syrup fermented with yeast. It’s blending, aging, distillation and fermentation process however are big fat question marks. Since flavored, light (silver) and gold (amber) rums are usually ingredients in cocktails, classifying dark or sipping varieties according to their origins is one way to lump them together and identify a favorite.
English, or Navy-style, is dense and deeply flavored as a result of being amalgamated from the stocks of former British Colonies like Barbados and Guyana. These rums are reminiscent of British black treacle syrup used in desserts and dominate any mixer. It’s attributed to the Royal Fleet because until the 1970s, rum was rationed to officers and enlisted sailors alike to improve morale. Navy rums are usually served neat and diluted with water or lime juice to ward of scurvy. Nelson’s Blood by Pusser’s Rum Ltd. or Lamb’s Demerara Navy Rum are regal examples of the Naval tradition.
French, or Rhum Agricole, is the only style made with sugarcane juice and that anyone actually cares about. The government of France includes “agricultural rums” in their Appellation D’Origine Controlle designation usually reserved for wine and cognac. Since it’s unprocessed before fermentation, the terroir remains intact. This plays well with the sugar that hasn’t been removed by refining. Vegetal flavors and dried fruit scents are common in rhum agricole. Clément Cuvée Homère is the pride of Martinique, and Barbancourt Estate Réserve is hailed as Haiti’s finest export.
Spanish, or Solera-style, are blends where more mature vintages take younger ones under their wing to yield aggregates that don’t assert themselves as forcefully as unblended rums. Characterized by lighter bodies and crisper profiles, the technique is popular in the Iberian Peninsula and is often applied to the production of sherry, madeira and port wine. Santa Teresa 1796 Antiguo De Solera applied for its visa at the Venezuela Consulate and Ron Zacapa XO comes from the former Mexican state of Guatemala.
American, or Colonial-style, are rums that trace their heritage to the formative period of the U.S. and our brandy-making tradition. The current trend toward supporting small-batch spirits has revived the trade in domestic variations that all but vanished as a result of Prohibition. Today, Prichard’s Fine Aged and Thomas Tew’s Single-Barrel define the style.
No matter where your tastes fall on the global scale, try them all and take a stand for rum. You’ll find others will follow suit quickly as you order, taste and share rounds of all its varieties, cocktails and brands everywhere you go. 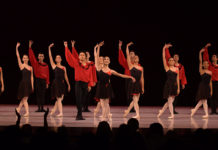