The culinary comeback our tastebuds have been craving is assured thanks to enterprising chefs and the availability of artesian and foreign goods at local grocers that focus on fermented flavors. Bacteria and fungi, including mold and yeast, are vital to these tastes and they’re deployed through the zymological process which would disappear without our beloved staples.
For example, take a standard pepperoni pizza…the bread is leavened with yeast, the cheese is inoculated with benevolent bacteria, the tomato sauce is preserved by canning and the pepperoni is cured. Like you, microorganisms like to eat and work, but instead of producing reports and analysis, they’re actually changing their environment when they do it. Let’s face it: Without fermentation, there’d be a lot less Motown going on in your mouth. Here are a few trends that are going to make the largest impact on our palates:
Pickling. The second season of Portlandia started with the “We Can Pickle That!” skit which poked fun at hipster culture’s penchant for preserving any surplus produce no matter how inane. Real life may never get as extreme as vinegared jewel cases, but you’ll be seeing “house-cured” more and more on menus, especially with produce you wouldn’t expect like fairytale eggplant or mission figs. The Kitchen Pickle Jar at Yardbird Southern Table & Bar is a variety of seasonal vegetables cured in-house and served with rustic bread and airy country butter; 1600 Lenox Ave.; RunChickenRun.com.
Cultures. Milk products have as much variation as Galápagos Finches, yet until recently we rarely saw them. Now regional Greek, Russian and even Australian yogurt specialties share the dairy freezer with the Yoplaits and Dannons of the world. Locally, Miami has yet to produce an accessible creamery, but maybe you could start one after learning how to make mozzarella at the Cheese Course in Midtown; 3451 NE 1st Ave.; TheCheeseCourse.com.
Leavening. The usually untouched or barely nibbled bread service is on its way out of restaurants and small-batch sourdough bread baskets are taking over the lease. The natural yeasts used in the dough impart a flavor of their own and require more skill and attention than the carbon dioxide-releasing chemicals used in industrially produced bread. Zak The Baker creates bread so beautiful it might break your heart to eat it; 405 NW 26th St.; ZakTheBaker.com.
Not only are fermented foods notoriously dense with vitamins and filled with digestion-enhancing probiotics, they also add a level of complexity to the color, flavor, texture and acidity of the ingredients used when compared to their raw counterparts. To get started, visit a local purveyor of fine foods or download a do-it-yourself guide on fermenting foods safely from the University Of Georgia’s National Center For Home Food Preservation’s site; NCHFP.UGA.edu. 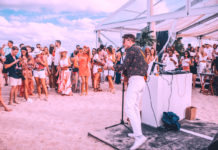 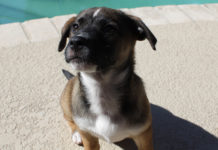 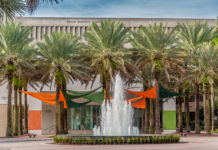