Porsche has always used 3-digit model designations for its sportscars, but in 1964 when the company planned to introduce the 911 that would replace the 356, an apprentice engineer pointed out “901” was already in use by Peugeot for a car that closely resembled a baked potato, and whose use might well reignite a war between the two nations. Thinking fast, the boys from Stuttgart went to Plan B, naming the new car the 911. One million 911’s later, REC pays homage to the world’s finest sportscar in the form of the REC 901. Every elegant 901 is unique as the dials are crafted from bits of vintage 911s which otherwise would be lost to scrapyards. An automatic movement keeps precise time without the need for batteries. The dial features day, date and month readouts, while the back is styled after the 911 Fuchs wheel behind which one can see the movement in action; RECWatches.com. 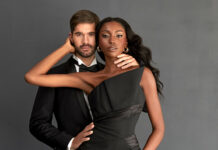