From my window seat, I look at the rugged landscape below. Long stretches of wilderness are dotted with snowy patches and frozen lakes. From the distance, it looks like the surface of the moon. My parents had been planning this trip to Fairbanks for a long time and my older brother and I decided to tag along — our very own Cuban-American version of The Griswolds.

Alaska is a huge state — larger than Texas, California and Montana combined! — so we opted to homebase in Fairbanks and rent a car (even though none of us had ever driven in snow!). Our mission was to explore the U.S.’s largest state, swim in hot springs, drink in igloos, take in some vistas and visit Santa’s hometown: The North Pole! But most importantly, we wanted to catch a glimpse of the Northern Lights.

Our first stop was a quick 20-minute trip to North Pole, as in the actual city where light posts are shaped like candy canes and streets are named St. Nicolas Drive and Santa Claus Lane. Here you can shop for themed holiday décor, send letters with a North Pole return address and meet and greet the real St. Nick & Mrs. Claus. Apparently, Santa not only knows if you’ve been naughty or nice, he also knows where to eat. As soon as I told him I was from Miami, he asked me to send him stonecrabs from Joe’s! I took the opportunity to ask foodie Santa for a puppy and the best spot for king crab. After our photo opp, we visited with Dasher, Dancer, Prancer, Vixen, Comet, Cupid, Donner, Blitzen, Rudolph and even *Bob* The Reindeer. We dropped letters from *cough, cough* Santa to be stamped from the North Pole and sent to friends and family across the country just in time for Christmas. *wink, wink*

A hop, skip and stone’s throw later, we grab a table at Pagoda where Chef Benny Lin has been serving award-winning Chinese cuisine for 30 years, made even more famous by Guy Fieri’s Diners, Drive-Ins & Dives. We order Kung Pao Beef, Szechuan Chicken and warm up with Udon Noodle Soup. The next stop is Castner Glacier, a massive ice cave about two hours away that’s a half-mile hike along the edge of a river from the highway. None of us know what surprises lie ahead but we forge on blindly, following a small trail of footprints that *fingers crossed* will guide us in the right direction. After about an hour, we see a fellow traveler who confirms the cave is up ahead *but* that we are on the wrong side of the river and have to scale over to the top and then back down the other side of the mountain to be able to access the entrance.

We decide to keep going so that at least we can get a photo before sundown. A whopping three hours has passed since we arrived for the quick half-mile hike. We leave a note in the snow alerting the next adventure-seekers to continue to the other side of the river. Next time we’ll get it right. At least no one slipped on the ice.

We take another tip from Santa and head to Turtle Club for dinner where fellow diners tell us about a looking point nearby called Murphy Dome where you can *sometimes* see the northern light activity *if* the conditions are right. We head over after a feast of salmon, king crab and prime rib and sit and wait in the car until we realize we’re low on gas and need to shut off the engine *and the heat* while we continue to wait for the neon lights in the sky to make their debut. We leave about an hour later, frozen, defeated and ready to plop our cold heads down on a warm pillow.

The next morning, we drive out to explore what we can of Denali National Park & Reserve’s massive 6 million acres. We opt for a light version and venture on the Mountain Vista Trail. The skies are clear with a piercing-blue contrasting beautifully against the majestic snowy mountain peaks in the background. Before we begin our hike, we pay a visit to a dog kennel where sled dogs are trained and cared for while serving as couriers, guides and transport throughout the nature reserve. Once they retire, you can adopt them. I’m sure that Santa remembers the puppy I asked for.

With the weather cooperating for the next few days and the Northern Lights Aurora Tracker showing exceptionally high probability for activity, we head to Chena Hot Springs Resort where we spend the next couple of nights looking north. We take a steep and bumpy ride further up the mountain to Charlie Dome where we spend a few hours searcing for the dancing neon lights. The weather is crisp, the sky is clear. It’s also near zero and hypothermia is a real possibility. Luckily, we’re in the right gear and armed with an army of pocket warmers. To stay toasty, we take turns sitting by a crackling fire under the Milky Way and moving in and out of a huge Mongolian-style yurt. Finally, it’s 1 a.m. and hints of electric greens start to form and leave streaks in the sky. The color intensifies and the lights begin to sway and flow between thousands of visible stars, getting more and more electrified with every shift. It seems completely unreal yet it’s happening before my very eyes. My soul smiles and my memory is forever marked with a cosmic phenomenon I’ve been dreaming of experiencing my entire life. Mission accomplished. 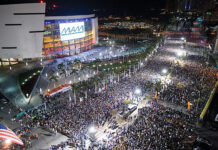 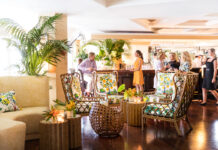 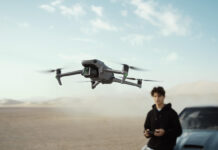