The name Tag Heuer has been associated with motor racing almost as long as cars have been around, but the unique Monaco on the wrist of Steve McQueen in Le Mans rocketed the firm to stardom. In addition to movie star looks, the Monaco achieved huge popularity due to the superb accuracy of the Calibre 11 automatic movement. To honor the firm’s racing roots, every so often a Gulf Racing Monaco is released, starting in 2005 featuring a white dial adorned with red and blue racing stripes matching McQueen’s racing suit. The 50th Anniversary Tag Heuer Gulf Racing Monaco features the same blue dial of the “regular” Monaco, with the addition of Gulf Racing’s logo, orange and blue racing stripes and orange stitching on the calfskin strap. An exhibition caseback allows a view of the movement in action. To make the current Gulf Racing Monaco even more of a must-buy, it has no price premium over the “base” Monaco; TagHeuer.com. 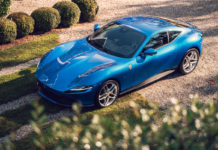 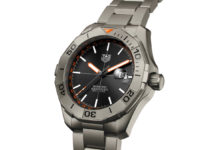 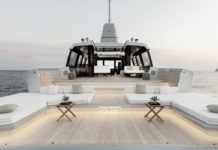