When Carlos Alves was 9 and living in Hialeah with his family, he discovered a ceramics store across the street from a city park where his father would buy him clay and tools. Alves quickly started making “cositas” that old ladies would like. What Carlos didn’t know is that for the next decade his father would be selling the little flowers and things his son was making and putting the money aside. At 18, when Carlos was accepted into UM, his father presented him with a check for $10,000 and told him: “This is yours, go pay for your tuition.” After earning his Bachelor’s Degree, Carlos went on to the get a Master’s in ceramics and glass in Chicago before eventually making his way back to Miami. Today, his studio in Little Havana is like walking into a scrapbook of his art. The bits of inspiration made of ceramics and glass, the family dog, his wife and art partner, J.C., all greet you with a warm smile. Among his most notable works are large-scale public pieces like the mural he and J.C. are putting together for the new Children’s Courthouse Downtown and a commissioned jungle-esque pool backdrop in the works; CarlosAlvesMosaics.com. 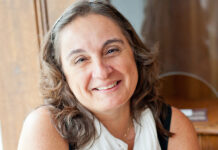 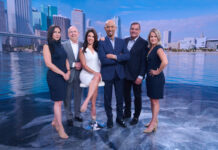 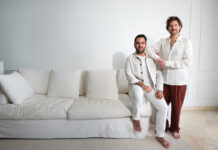