That night, she blew me a kiss from across the room and I reached up and grabbed it. She rolled her eyes at me and smiled. I was hooked. So a few years later, when I decided that she was the girl I wanted to marry, I planned a very special Valentine’s Day with a specific theme: India. I gave her a dozen presents that day including a traditional sari, a 10-course Indian meal I cooked from scratch and a pair of plane tickets to Delhi. She had no idea I was planning to propose during our trip. After an adventure of a lifetime during what would turn out to be the hottest Indian summer on record that took us through the Golden Triangle with stops at the Taj Mahal, a few castles and countless Indian feasts, I got down on one knee at a crowded McDonald’s in Delhi an hour before our flight back to Miami and asked her to marry me. Just as she said yes, we were in the midst of a rare hail-filled summer sandstorm during a lunar eclipse on a day that is the same backward and forward. Totally not how I planned to pop the question. But that’s the beauty of it: Love is unpredictable. But when you find it, make sure you hold on tight. You never know where it might lead you.

Want to be on our pages? Visit BrickellMag.com to NOMINATE today! 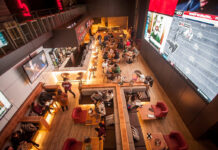 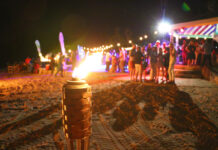