African Aesthetics
Science tells us Africa is the cradle of civilization from which all of humanity first appeared. Being first on the block might explain the ritualized tattoos as well as the lip and ear mutilation we’ve seen in countless documentaries and photos throughout the world. For instance, while the women of the Bodi tribe spend their spare time cutting their bodies to create intricate scar tissue designs that would allow a blind man to read them like a page of Braille, Mursi tribeswomen consider large lower lips the epitome of beauty. When a girl reaches puberty, a hole is pierced in her lower lip into which is inserted a series of ever-larger circular disks over time. It would seem that no Mursi man can resist a woman whose lower lip is the size of a dessert plate. We’re guessing a girl whose lip can accommodate a medium pizza would be considered a goddess. Elegantly Egyptian
Everyone knows ancient Egyptians were actually descendants of aliens, so their bizarre beauty regimes don’t seem that odd. Goths can thank Cleopatra for showing the world how cool several pounds of eyeliner can be, but even the trendiest punk chick will balk at using Cleo’s secret body wash. But if you’ll do whatever it takes to achieve queenlike beauty, or simply like to do what no one else will dare, we’ll supply the secret formula. First you need to go to Zoo Miami, where you can pick up a few pounds of crocodile dung (alligator poo will do in a pinch) and a few gallons of donkey milk. Mix well and slather it all over to yield skin that might make a zombie gag, but positively glows. Ravishing Romans
Romans had a few strange ideas on how to achieve beauty. Despite architecture and art that is still breathtaking today, we can all be happy that their beauty regimes are now as dormant as Mount Etna. Most of us pee into the loo and flush it away, but those clever Romans collected it for use in facial masks and — this one will make you urp just a little bit — as a mouthwash and teeth whitener. As rude as gargling with the yellow stuff might sound, they also believed the secret to youthful, glowing skin was an invigorating rubdown of gladiator sweat mixed with fats from animals killed in the arena. You could pick up a quart at the Colosseum to get ready for a hot date, along with some freshly-crushed beetles to make your lips super-kissable. Hail The Queen
Elizabethan women may have turned their arsenic-encrusted white noses up at the crude beauty tricks of crass Egyptians and Romans, but they also valued pee. Specifically, they relied upon puppy pee for multiple cosmetic purposes. The doggie urine was used when brushing their teeth, as a facial scrub or, if they were women of wealth and nobility (or simply had at least a trio of dachshunds), used to fill a tub for a refreshing bath. Puppy pee was even used as a tonic to cure various aliments, not including bad breath. Apparently adult dog urine simply didn’t deliver the same remarkable results. We pity those who had to experiment with cat urine before realizing it just stinks.

Gorgeous Grandmas
Great Grandma had a few beauty tricks that would scare Freddy Krueger. Yearning for those elusive dimples your genetics denied you but don’t know where to start? Not a problem if you have the Dimple Maker, a device that even today could be sold on late-night TV during reruns of Two Broke Girls. Two springloaded knobs pressed against the face for hours at a time to eventually result in divots — oops — “dimples.” Once you had the cheeks of your dreams, you needed the bod to complement your new smile. Ladies of the 1800s who wanted to shed a few pounds would simply scarf down a handful of tapeworm larvae. The theory was that by ingesting the larvae, tapeworms would soon be swimming in their stomachs like a school of sea monkeys, happily gobbling up excess calories as grandma ate with the appetite of a crazed pack of hyenas. The downside is that you’d eventually need to have the tapeworms surgically removed as they weren’t about to give up such a sweet life (pardon the pun) without a fight. 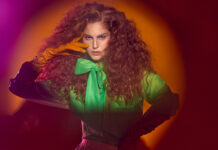 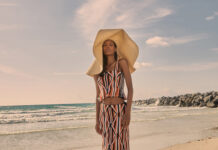 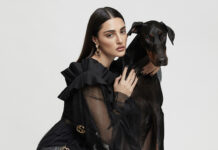